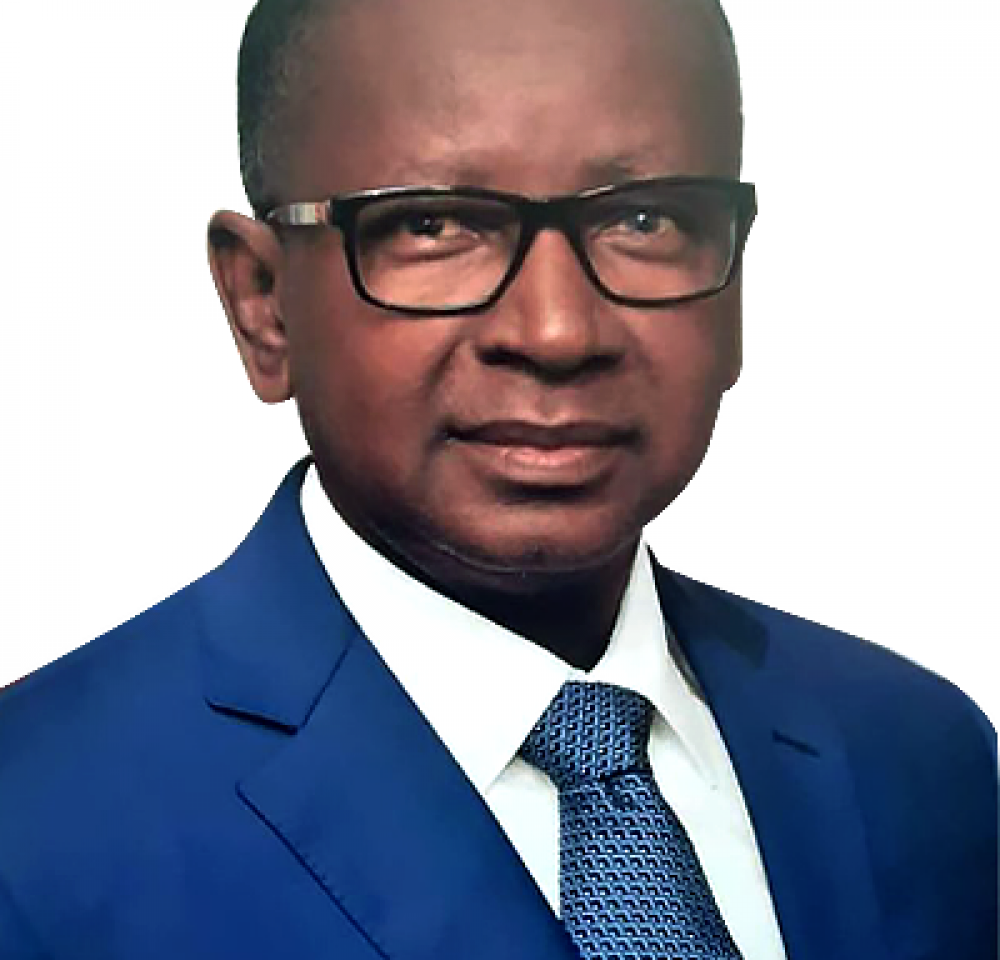 BOARD MEMBER REPRESENTING THE NIGERIAN NATIONAL PETROLUEM COMMISSION- NNPC
Umar Ajiya holds a B.Sc Accounting from Ahmadu Bello University Zaria, Nigeria in 1987 and MBA from the Lagos State University, Nigeria in 1998. Ajiya has about 30 years’ experience in oil and gas sector.

Umar Ajiya holds a B.Sc Accounting from Ahmadu Bello University Zaria, Nigeria in 1987 and MBA from the Lagos State University, Nigeria in 1998. Ajiya has about 30 years’ experience in oil and gas sector.

He started his working career in 1987 at Peugeot Automobile in Kaduna State, Nigeria where he took part in the madatory National Youth Service Corp (NYSC) after which he joined Elf Petroleum Nigeria Limited (now Total Nigeria) in 1988 before leaving in 1991 to work as part of the pioneer staff of Nigeria LNG Limited (NLNG). Whilst at NLNG, he held several Managerial positions including that of Manager Treasury, Finance Manager of BGT and then Marketing & Business Development Manager of NLNG. Ajiya joined the service of NNPC as General Manager Commercial with the LNG Division under the Gas & Power Directorate of NNPC. He was responsible for the development of a business that led to the establishment of NNPC LNG Limited, a holding company for the NNPC’s interest in the LNG Marketing Joint Ventures. Furthermore, he was the pioneer MD of West Africa LPG Limited, a trading Joint Venture between NNPC and Ocean Bed Limited, which now owns its own LPG vessel built and delivered in 2016 by HMD Shipyard Korea.

Mr Ajiya was appointed the Group General Manager Corporate Planning & Strategy (CP&S) of NNPC in March 2016. Key achievements of Mr Ajiya as the Head of NNPC CP&S was the Transformation and the development of new business models for NNPC Autonomous Business Units and the resuscitation of the NNPC Price Review Committee which ensures value protection through appropriate and competitive pricing of NNPC crudes, derivatives and products. Mr Ajiya became the Managing Director of Petroleum Products Marketing Corporate (PPMC), a subsidiary of NNPC in July 2017. Since his appointment, he has initiated and executed several reforms which transformed the company into a viable and profitable commercial entity. Notably include products price optimization, Business Process Review, SAP implementation, sales automation, Legacy debt reduction, commercial reorientation, effective stakeholders’ management strategy as well as unprecedented revenue and profit growth leading to a declaration of profit in 2018 for the first time in its history.

Following his remarkable success at the helms of PPMC, Mr Ajiya was appointed the Group Executive Director (GED) Finance and Accounts; the Chief Financial Officer of NNPC in July 2019. Within the span of less than a year, Mr Ajiya has transformed the Finance and Accounts Directorate to an efficient financial and accounting service provider and a reliable financial advisor of the NNPC Group. Together with his abled lieutenants, Ajiya has secured financing for key NNPC strategic projects across the upstream, midstream and downstream. The projects were expected to support NNPC & government aspirations toward increased oil and gas production, gas utilization, power generation and revenue to the Federation. Presently, Mr Ajiya is championing the restructuring of the NNPC Group Balance Sheet towards a full commercialization of NNPC in the wake of the Nigerian Petroleum Industry Bill 2020 aimed at broader oil and gas industry reform including commercialization of NNPC.

In the course of his career, he has attended several courses home and abroad including colleges and global business schools like Cambridge, Insead Business School of France, IESE Business School of Spain and Wharton School of the University of Pennsylvania amongst several others. He is also a fellow of the Chartered Institute of Taxation of Nigeria and Fellow of the Nigerian Institute of Management. Mr Umar Ajiya is happily married with children.